Businesses criticised for not giving royal wedding day off

February 8, 2011 1:39 pm   Comments Off on Businesses criticised for not giving royal wedding day off

An artical in People Management has reported that some employers have been criticised for refusing to give staff the royal wedding day as an extra holiday by the GMB union.

The union has “named and shamed” two companies that plan to count 29 April 2011, the day of Prince William and Kate Middleton’s wedding, as a normal working day. 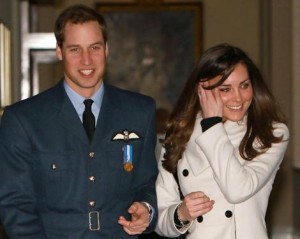 These employers are the Lancashire firm Interfloor, which has 400 staff, and concrete product manufacturer CPM, which employs 330 people. Both companies have both told staff that anyone who wants to take this day off will have to book it as part of their holiday entitlement.

Managers at Leeds hospital have also been criticised for requiring staff to work on the 29 April without any bank holiday pay bonus. However, hospital workers have been told they can take a day off later in the year.

Nick Gainsford, director at CPM, explained that his company could not afford to give its employees an extra day off as it would lose output worth £50,000 a day.

But Rachelle Wilkins, GMB organiser for the Midlands and East Coast Region, claimed the real reason was that the firm had received advice from an external HR consultant, which, after examining staff contracts, told the employer it could refuse to give the bank holiday as leave.

The government has declared the royal wedding date as a bank holiday but there is no statutory necessity under employment law to guarantee staff time off for bank and public holidays because they must abide by their employment contracts.

However, the GMB union said employers should offer the wedding day as a holiday as a gesture of goodwill.

The Federation of Small Businesses said: “We haven’t got a clear steer from our members about how they are going to treat the royal wedding but, with each bank holiday costing the economy £6 billion, a lot is going to depend on how individual companies see whether they can afford it.”