Almost three in ten HR directors plan to increase headcount in 2011, according to research from PwC.

The research shows that 15% of the firms planning to add to their headcount say the increases will be significant, while the number of British businesses that expect to create new jobs has more than doubled since last year’s survey, when just 13% of companies planned to make increases. 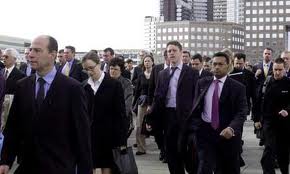 Michael Rendell, head of HR services at PwC, says: “The expected headcount increases are encouraging news for the job market and suggest the private sector will be able to accommodate those public sector workers who are made redundant.

“While 13% of firms say the new jobs will be making up for reductions made during the downtown, 15% plan significant increases over and above this point. This shows a confidence that economic growth will continue, notwithstanding geopolitical uncertainty and the sovereign debt crisis.

“We expect demand to be particularly high among services, technology and manufacturing industries.”