Figures published today by the Office for National Statistics show that for the three months to January 2011, unemployment has risen by 27,000 to 2.5 million.

The number of people in employment has also risen, by 32,000, but it is unclear whether this has been driven by the growth of full-time jobs in the private sector or by the increase in those over 65 continuing to stay in work.

There was an encouraging fall in the number claiming Jobseeker’s Allowance between January and February 2011, to reach 1.45 million, while the total number claiming out-of-work benefits has fallen by around a quarter of a million over the past year. 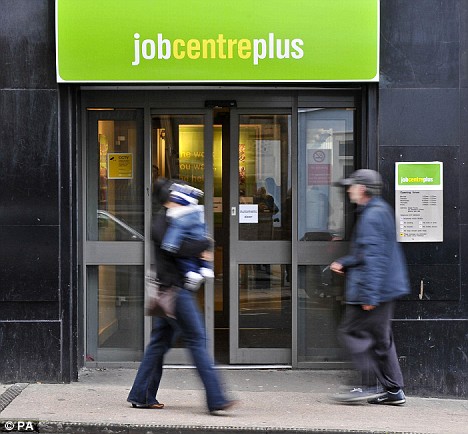 There are sharply contrasting figures at either end of the age spectrum. The number of unemployed 16 to 24 year olds increased by 30,000 on the quarter to reach 974,000, the highest figure since comparable records began in 1992, while the number of people in employment aged 65 and over increased by 56,000 on the quarter to reach 900,000, again the highest figure since records began.Employment minister Chris Grayling said: “There is good news and bad news in these figures. There has been a welcome drop in the number of people on benefits and the increase in full-time private sector jobs is a step in the right direction.

“But the rise in overall unemployment is a real concern and underlines the need to press ahead with policies which will further stimulate growth in the private sector. For those on benefits who are now looking to make the transition into the workplace, our new Work Programme will provide tailored support to get them into jobs.”

The Government’s new Work Programme is planned to be in place by the summer and will offer personalised, tailored support to get people back into jobs.

Commenting on the data, Samantha O’Byrne, head of resourcing at Grant Thornton, said: “Today’s further rise in unemployment by 0.1% is a clear signal to the chancellor, one week before he is due to deliver his budget, that serious measures need to be taken to curb the unemployment rate.

“The shrinking economy over the past quarter will have had an impact on the already unsteady employment market and the Government is facing a mammoth task in returning UK plc to growth. Speeding up job creation is the only real solution to the problems the country is facing, as unemployment has now reached its highest rate since 1994.

“Businesses need to be incentivised to create new jobs and it should be made easier for SME owners to take on new people. Initiatives such as youth mentoring schemes or apprenticeships should also be encouraged and incentivised.

Nigel Meager, director of the Institute for Employment Studies, added: “The data once again serves to highlight the fragility in the labour market. Unemployment remains the critical issue. The numbers that were unemployed grew again, with unemployment reaching its highest level for a decade and a half. The small increase in employment did not improve the unemployment picture, because most of the increase reflected more people working past the state pension age. It is, nevertheless, a positive sign, following the recent shift towards part-time work, that full-time work is now increasing again.”