At 12%, labour turnover in the HR profession is higher than the national average of 10.5%, according to the National Management Salary survey from the CMI and XpertHR, published yesterday.

The report shows 4.5% of HR professionals resigned last year, at a time that was undeniably tough for the profession, with many having to handle restructuring or redundancy in their own organisations.

The 2011 National Management Salary Survey, published by the Chartered Management Institute (CMI) and XpertHR, also revealed salaries saw only a modest increase in the sector of 2.4%, almost on a par with the national average of 2.2%. Those at HR director level, however, received a 5.1% pay increase, more than double the average pay rise for the profession and further demonstrating their value in a tough economic climate. 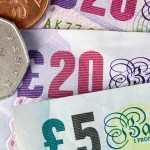 During a period of turmoil regarding pensions and changes to the default retirement age, the survey also shows fewer people are retiring. Just 0.2% of HR professionals chose to quit the workplace for good in the past 12 months.

Ruth Spellman, chief executive of CMI, said: “It seems that UK employees are more content to stay in their current jobs. Despite increasing demands on time and pressure to deliver more for less, employees have retained some sense of loyalty to their employers and their efforts are being noticed.

“It is reassuring that employers have been able to offer modest pay rises, something we hope indicates that the era of pay freezes may be about to thaw. The value of HR directors is clearly being recognised – rightly so, as they coped with one of the toughest years on record. Of course, no one should believe that the only way to retain employee loyalty is by throwing money around. It is not practical in the current climate and wider evidence exists to show that money is not the main motivator.

“What is clear, however, is that employers appreciate that they can influence labour turnover and reduce the churn of staff they want to hold on to.”