One in three employers brace for industrial action

Employers, particularly in the public sector, are braced for a surge of industrial action, with a third preparing to deal with their own staff downing tools on strike, CIPD research shows.

Seven in 10 employers (71%) agree there will be increasing levels of industrial action in the next 12 months and one in three (33%) say strike action by their staff is ‘likely’, according to a survey of nearly 400 employers by the CIPD. Its Employment Relations Survey, published yesterday, highlights deteriorating employment relations in the public sector as spending cuts begin to bite. 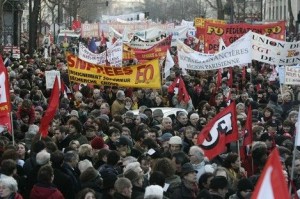 Eight in 10 public sector respondents (79%) agree employers can expect to face increasing levels of industrial action over the next year and almost half (49%) say strike action among their staff is likely in the next 12 months. In contrast, just 18% of private services sector respondents anticipate employees in their organisation may take strike action in the next 12 months, as do 11% in manufacturing and production organisations and 5% of those in the not-for-profit sector.