Job opportunities down on March…..

Job opportunities across the country slipped further back last month, down 2% in April compared to March, according to the latest Reed Job Index.

In spite of this, year on year employer demand is up 22% and UK job vacancies have risen 25% since December 2009, according to the report compiled from analysis of over 100,000 jobs from 8,000 recruiters. 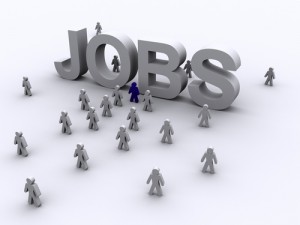 Following the steep rise in vacancies this Spring, April’s job demand is still 20% higher than the level for the whole of last year. Private sector growth is responsible for this increase, as new public sector jobs remain at only half the level they were when the Index began.

Salaries for new jobs have stayed 1% lower in real terms than in December 2009. Although this level is unchanged from last month, it means salaries are lagging further behind inflation.

Job demand in sectors like banking and leisure & tourism has fallen back from the prior month’s record highs. However other job sectors have bucked the trend and risen up. Job demand continues to grow across both the manufacturing the service sectors, with increases in engineering, customer service, estate agency, HR, IT and telecomms.

Martin Warnes, MD of reed.co.uk, said:”The numbers of new job vacancies fell back down in April, perhaps not surprisingly as the Easter and Royal Wedding holidays led to a disjointed period for UK businesses.

“However, the Reed Job Index remains over 20% higher than last year’s level following the steep increase in the first quarter of the year, as reflected in the falling unemployment and rising GDP figures for the same period.

“Clearly business growth has been sustained at a higher level than the last quarter of 2010, but continued recovery remains difficult to predict.”