Chancellor George Osborne has one last chance to present a Budget tomorrow that delivers real growth, even if it means having to take controversial decisions, say business leaders. 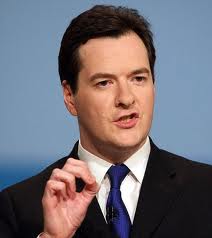 Dealing with the deficit relies on generating growth in the UK’s faltering economy, but so far there have been few positive signs. Last week, ratings agency Fitch followed Moody’s in putting the UK on ‘negative watch’ for a downgrade of its AAA rating.

Douglas McWilliams, chief executive of the Centre for Economics and Business Research, told senior economists and business leaders at  a pre-Budget briefing that Osborne will not solve the deficit problem easily if he doesn’t get growth.

“This is probably the last time Osborne can make controversial changes that will affect growth before the next election. Most of the measures that would best stimulate growth are controversial, such as abolition of the 50p rate, planning reform, lower corporate taxes and deregulation,” said McWilliams.

He added: “Given this, I am expecting a Budget with a lot of meat in it.”

“So little is happening to promote growth. We need a viable plan and we need it now. The Government is talking about balanced growth, but unbalanced growth would be better than no growth. The words are always warm, but they go cold waiting for the action.”

He added that the rise in Air Passenger Duty was one example of arresting growth, saying it is “choking off jobs in tourism industries”.

BCC director general John Longworth pointed to the “multitude of regulations” that added up to a “mountain to climb”, for SMEs in particular. John Timpson, founder of shoe repair to locksmiths company Timpson Group, echoed this view, saying: “The tentacles of red tape are still increasing. We need the ‘rule creation and exploitation industry’ to leave us alone.”

However, deputy prime minister Nick Clegg (pictured) said it was important to stick to the deficit reduction plan and there was beginning to be a “shift in mood” when it came to business confidence – a shift that needed to be “locked in”.

“This is not a normal recession and recovery will not be the same as usual. There is not a magic wand solution. I get people’s impatience for a quick recovery, but it will take time,” Clegg said.

“Economic change is as much about confidence as anything else. We need to believe we can recover.”