Mazes, Mexicans and your business – by Sue Sjuve

Do you remember those visual games we used to play as kids? Photograph something from an unusual angle and get your friends to identify it? My favourite was this one. 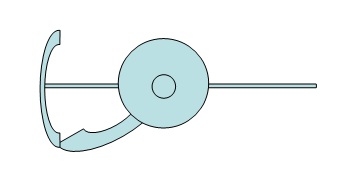 It’s a Mexican riding a bicycle! – seen from above! Of course if we looked at it from the side we would all immediately know what it is. Therein – for me – lies the value of diversity. Set aside just for a moment everything you have heard about diversity in “HR speak” or “CR speak”. Ensuring equality of opportunity for people from different age groups, both genders and all ethnic backgrounds is all good, but businesses cannot just be interested in doing the right thing – they also have to be interested in doing the new, better, different thing and the faster, cheaper, and more effective thing.

This is where the value of diversity is delivered for business, because problems are like Mexicans on bikes. From one angle they seem a complete puzzle – from another, very simple. Having trouble finding your way through a maze? Don’t you wish you could hover a hundred feet above it like Keanu Reeves in The Matrix? A different perspective would give you the answer in a flash.

In 2001 Alph Bingham, a senior vice president at Eli Lilly set up an e- lost and found office. It didn’t deal in umbrellas and gloves left on the train but in scientific problems and their solutions. The site was called Innocentive and provided an incentive to be innovative. Large Pharma companies like Eli Lilly would post their most intractable problems on the site with a reward of $100,000 for anyone who could solve the problem. Anyone who was willing to register could become a problem solver and in just over four years 80,000 people registered from all walks of life and background. A study by the Massachusetts Institute of Technology in 2006 found that the solvers achieved a success rate of over 30%. That may not sound impressive at first but remember these were the problems that the solution seeking companies, with all their specialist researchers had found intractable. Why were the solvers successful? The researchers found that it was because Innocentive attracts a diverse pool of problem solvers. A problem that attracted a molecular biologist, a physicist and a biochemist was much more likely to be solved than one that was being addressed only by a chemist. These people were looking at the problem from different perspectives and were applying different tool sets and methodologies. A problem that looks difficult to a specialist viewing it through the lens of his or her specialism may be child’s play to someone approaching it from a completely different angle without the usual preconceptions.

Diversity can deliver better outcomes, but to do so it asks us to think beyond diversity of race religion, gender and age. Those businesses which are prepared to recruit encourage and listen to diverse perspectives and interpretations are the ones that will come out of the current recession streets ahead of the competition.