Say No To The Status Quo

The need for Agile Organisations… 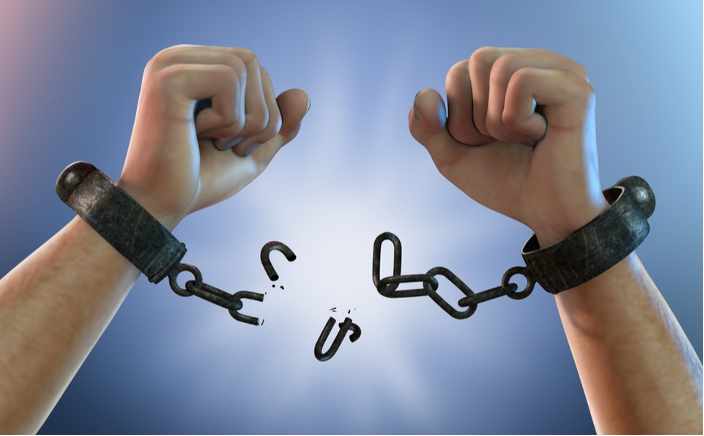 A client asked me if I could write a blog on what the future for work might look like and how organisations will need to adapt?

Of course, I said “yes, sure, no problem!”. Then I put the phone down and thought “crikey!” (that might not have been the exact word, mind…)

So after extensive research, let’s start with some factoids from across the pond that are sure to grab your attention:

[4] 35% of women are working on demand or self-employed. And this number has been on the rise since 2019 and is expected to continue increasing year over year.

According to HR professionals & recruiters I’ve talked to recently, what’s the biggest factor in people’s choice to be freelancers, or on-demand workers?

The battle for balance

In a few words, work-life flexibility: working anywhere and deciding what hours to work is increasing in people’s priorities. This is something for companies to note because traditional run companies may well be missing the mark – can businesses impose outdated company policies that make demands of employees that are no longer conducive to modern day lifestyles?

(Although the CEO of Goldman Sachs recently intimated that’s exactly what he wants to do!)

And will those companies that pay attention to what’s happening in society and how the workforce is evolving win out every time? Jeff Wald is the founder of Work Market, who make software to help companies manage their on-demand labour He was asked in a recent interview, “how are companies and workers going to be impacted by technology?”

He had some interesting and provocative things to say…

The three phases of industrial revolutions

Firstly, his point was there are generally three phases of industrial revolutions. The first is fear mongering – all the jobs are going to go, everyone should freak out, because society is going to crumble. Then we go to the second phase, which we’re actually in the early stages of now, which is economic and social dislocation, where job losses start to occur as the workers that get automated away, become nationalistic, become populist, and start to react, because they’re being left behind.

And hopefully, we will get to the third phase, where it becomes very clear that we are going to have more jobs, that we are having a higher standard of living, and that people are working fewer hours, an almost uninterrupted trend for the last 200 years, according to him. He was more interested in how we are going to renegotiate the social contract to ensure fairness for workers, and set clear rules for companies, to provide stability for society?

Remembering my social history, there have always been three counterbalancing forces that help workers out when companies gained so much power in their relationship – unions, the social safety net, and regulation. We might add social media now as a fourth. “The fight for 15” (the $15 minimum wage) was started by unions in the USA, but was dramatically amplified through Instagram, and Snapchat and Twitter. And it allowed people that never would have met each other to say, “Wow, you’re suffering with the same thing”. Just as the first union movements arose out of the movement of humanity into cities and the movement of the workforce into factories, we are seeing a new type of union movement evolve, where people are uniting, and coming together on social media, demanding a change of mindset.

The death of presenteeism?

From the other direction, COVID has forced the presentee’ist manager to cross-examine their thinking. Previous problem number one was a prevalent mindset that said, “everyone needs to be in the office – productivity equals presence. Magic only happens when people are together”

Previous problem number two was technology, infrastructure, policies, and procedures. It was one thing to say, we’re going to let Alex be a remote worker; it was another to make sure that Alex could access all the company’s systems outside of the four walls, and yet another to make sure that there was a remote meeting option policy for every meeting, as Alex was remote.

In one fell swoop, COVID has given everyone the experience that both problems are to a greater extent, illusory. So what stands in the way of a fully remote workforce?

Jeff Wald’s point was that only 42% of the US workforce can work remotely, i.e. a natural limit. Because clearly people in manufacturing, extraction industries, transportation, logistics and retail can’t work remote. And yet, how many of those industries will survive a necessary green revolution, as their environmental impact makes them untenable, unable to get finance, shunned by a more eco-conscious workforce?

He concluded that no one should make sweeping predictions, so…I will do exactly that! Whilst an immediate post-COVID period may bring forth a riot of “roaring Twenties”-style socialisation, and a deep wish to return to the office, especially from the twenty-somethings, who don’t always have big houses and garden to work from, and need both social interaction, visibility, and the opportunity to learn from older colleagues, in order to progress their career…the battle for balance and the year-long experience of escaping the commute and the tyranny of 9-5 surely dictates that there is no going back.

2 days in the office, max, for most – #saynotothestatusquo is the coming battle-cry…

David Chapman davidchapman@starfishld.com enables HR Directors to conquer their influence problems and secure the ear of their CEOs. He is the co-host of Espresso Briefing, a podcast that briefs time-poor executives on the latest insights in leadership, culture, and performance. His CSR contribution is to train advocates to give a voice to the dispossessed in society.