Recruitment still on the up…….

Recruitment opportunities are continuing to increase, but the pace of growth is slowing, according to the Recruitment and Employment Confederation and KPMG Report on Jobs.

The report reveals the rate of expansion of permanent staff placements eased in March following February’s ten-month high. Agencies’ temporary/contract staff billings also increased at a slower pace than the previous month’s peak. March data pointed to a further marked improvement in demand for staff. Permanent staff vacancies rose at the fastest pace since April 2010, while temporary/contract staff billings increased at the sharpest rate since July 2007.

The rate of permanent salary inflation accelerated to the highest for eight months in March, although it remained slightly below the survey’s thirteen-year average. Growth of temporary/contract staff pay remained muted. The availability of staff to fill permanent jobs increased for a second successive month in March, albeit only marginally. Temporary staff availability rose at the slowest pace since August 2010. 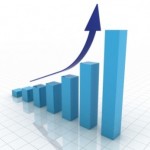 Kevin Green, chief executive of the REC, said: “The jobs market is still growing but at a slower rate than in February. The report again highlights that the UK has a two-speed labour market with the private sector creating jobs as the public sector reduces employment.

“The good news is that vacancies are rising at their highest rate since April last year and March is the eighteenth consecutive month that vacancies have grown. This demonstrates increasing demand for new staff from private sector businesses. What is concerning is the increase in starting salaries for permanent staff which is due to two factors.

“Firstly, people changing jobs are clearly looking for higher pay to compensate for inflation and secondly, the growing competition for quality candidates in some sectors such as IT, engineering and finance. Whilst it’s important to reward quality candidates appropriately it’s important that this trend doesn’t limit opportunities for job creation or hinder business growth in the future.”

Bernard Brown, Partner and Head of Business Services at KPMG, added: “The UK jobs market continued to expand in March albeit at a slower pace. The latest figures show that the job market recovery remains volatile. Some private sector employers are hiring again but at the moment not in numbers sufficient enough to absorb the job losses in the public sector.

“The challenge going forward will be to transform our public sector services – and create the private sector jobs of the future. For the Government, this will mean speeding up private sector investment into the provision of public services to mitigate the cuts and job losses we are experiencing across the public sector.”