Through the recent findings of a recent survey, a report by the BBC indicates that one in three company directors sees a  high or very high risk of the UK falling into recession this year.

The Institute of Directors’ (IoD) survey of 1,000 business leaders also said that 53% thought there was a moderate recession risk. The UK economy shrank by 0.2% in the last quarter of 2011. 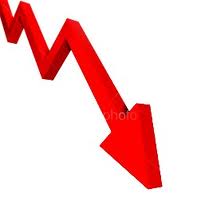 The National Institute of Economic and Social Research has predicted a UK
recession in the first half of 2012. A recession is defined as two consecutive quarters of negative growth.

The Bank of England predicts economic growth of about 1% this year. It
expects the economy to “zigzag”, dipping in and out of growth, but avoid going
back into recession.

The IoD’s survey of 1,000 business leaders said that only 11% thought there
was a low or very low risk of the UK entering recession in 2012. Some 43% think any recession will be short and mild. Only 10% think it will
be long and deep.

The key source of concern highlighted by the IoD’s survey was the future of
the euro, with half of directors saying there was a high or very high risk of a
euro break-up this year.

“The resounding message from the survey is the critical role of confidence at
this stage in the economic cycle,” said Graeme Leach, chief economist at the
IoD.

“If the euro crisis stabilises, confidence could return relatively quickly
and companies could dust down business investment and recruitment plans put on
hold last year.

“Alternatively, of the euro crisis gets worse, confidence is highly unlikely
to return this year.”